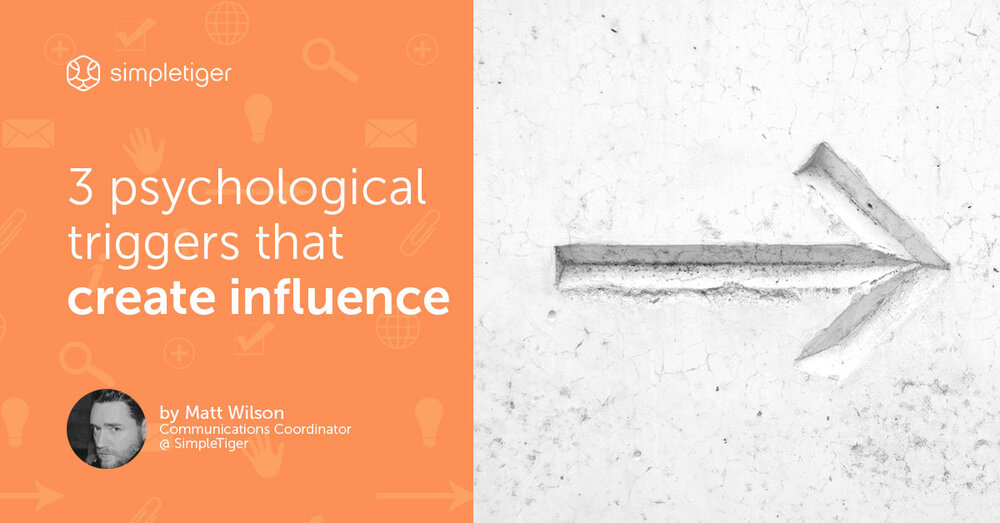 Do you ever wonder if there’s a trade secret for influence?

Surely,  at the end of the day, their value comes from the stellar products and  services they’ve pioneered – making a trustworthy name for themselves in  their industries.

But what if there are commonalities in the execution of their ideas that make them as successful as they are?

I’m going to break down the commonalities that I have found that are universal themes to creating influence in your niche.

1. Confidence in Your Worth

People  are sponges to personas they are presented with. Just like in personal  companionship, people look for points of inspiration in their peers that  they can glean from.

Making friends, as we all know, is something  that seems automatic and doesn’t require rigid requirements of  compatibility. It’s not like there’s a formal application to become a friend of someone.

Someone just needs to get a couple things right for you to resonate with them, and the rest is ultimately inconsequential.

One  of the most contagious and magnetic traits a person can have is  confidence. It’s a state of being that generates natural inspiration.

If  someone can look directly into your eyes and express something right  from the heart, without hesitation or questionability, they will radiate  this sentiment – “take me seriously, I know what I’m talking about.”  Most of the time, it does a number on the mind – making your audience  suspend disbelief in your words and advice.

You may be broke as a  joke and wearing oil-stained Wranglers, but if you display confidence in  what you’re presenting with a keen explanatory prowess, you’ve got it  in the bag.

On the flipside, many have taken this to heights it  ought not to go, eventually arriving in the land of boastfulness and  hubris. This is where a fine line must be maintained because most people  detest cockiness. You have worth because you’ve created something  beneficial and worthwhile. It wasn’t (hopefully) to toot your own horn  and say, “take me seriously, other people do because I have cool  accolades.”

Like most creative execution, it’s knowing when to  hold em’ and when to fold em’. When it becomes topical and effective to  express to your audience that you have experience in something, tell  them!

If you express it confidently, all the while maintaining  your genuine love for sharing knowledge, people will appreciate you and  view you as an authoritative source of truth.

This is a foundational premise for good storytelling, which we all know is how you captivate a person’s heart.

Like  I previously mentioned, knowing when to hold em’ and when to fold em’  (my favorite saying) is critical to having an immersive presentation.

The  greatest films and songs have arcs. They have moments of solace and  peace, but they also have moments of riveting action or tragedy. All  emotional elements make the story as a whole.

Your  message must be comprised of something that tugs on your audience’s  heartstrings. Something that gets your story to have an emotional  response, rather than a logical one.

Draw them in with points of  relation to their own personal lives. Get them to sympathize with the  problems you had getting your business off the ground. Problems that are  human. Problems that could happen to any of us. Then, take that failure  and turn it into victory - everybody loves a good redemption story.

Do  you see what you’re accomplishing by structuring a story this way?  You’re highlighting the contrasts of your humble beginnings to your  current state, which makes your current state seem all the more  victorious. This arc you’ve established goes directly to the heart of  your audience.

This creates a suspension of disbelief. This takes  people on a journey through the life of someone that’s not so different  than themselves.

Note: While you take them on this journey, make  sure to include some comedic relief. People love to laugh. It breaks any  notion of intimidation and apprehensiveness.

Finally,  we arrive at the most impressive psychological trigger you can pull off  when it comes to your media operation as a whole. If you can have your  entire presentation meticulously planned and executed, it certainly can  wow your audience with your consideration for professionalism.

To help me explain this, imagine watching a video from one of your favorite YouTube channels.

This person likely has a shotgun, condenser or lavaliere microphone. They may even have a 3 light setup in their studio. Heck, maybe they’re even reading a carefully devised script through a teleprompter.

They are likely filming from a DSLR or mirrorless camera, going right into Premiere or Final Cut for precise composition and editing.

Maybe after the basic video is edited, they bring it over into Adobe After Effects to throw in some on-screen visual aids.

You get the point. A whole lot of detail goes into making a media operation professional.

A  successful YouTuber knows that quality execution is like a soft pillow  to the eyes and ears of the viewer. It’s what separates them from the  others. They may even be saying the same exact things as a channel with 2  subscribers, but since their execution has attention to detail for  maximum retention – they ultimately win.

Not only is he an SEO mastermind, he’s also video content genius.  His videos garner hundreds of thousands of views, simply because he is  skillful in his craft and executes it well. His videos are engaging,  helpful and aesthetically pleasing.

He knows that if his content was a 10 but his presentation was a 3, he’d have 0 influence (was that a math equation?)

Take me for example – a musician.

Back when my recordings sounded like a toothbrush on a stethoscope, it was hard to get people to appreciate the music (content).

Then  I studied my butt off trying to emulate the quality to that of my  favorite bands. I scoured forums day in and day out trying to get my  hands on affordable gear that could turn my bedroom operation into  studio quality mixes.

When I finally got comfortable with my mixes (years later), I noticed something start to happen.

People  were coming out of the woodwork telling me how awesome the tracks  sounded. I was blown away. I never thought I would receive some of the  compliments people gave on my music.

This taught me a valuable lesson.

Master  your story first. Get that content pitch perfect. Put every ounce of  creative power into making your content valuable and exciting.

Master  the execution of your content. Get that production pitch perfect. Put  every ounce of creative power into making your production engaging and  retaining.

Make attention to detail a keystone habit. A collection of small gold flakes can turn into a whole nugget eventually.

You may have never even noticed that some of these psychological triggers influence you.

The pros know how to captivate an audience with these techniques that get people to take them seriously.

Could your content use a tune-up? Is your story inspiring but just not reaching enough people?

I  encourage you to take these observations I have found over the years  that influencers have mastered and used them for your greatest  potential.