Written
by
Jeremiah Smith
in
Uncategorized 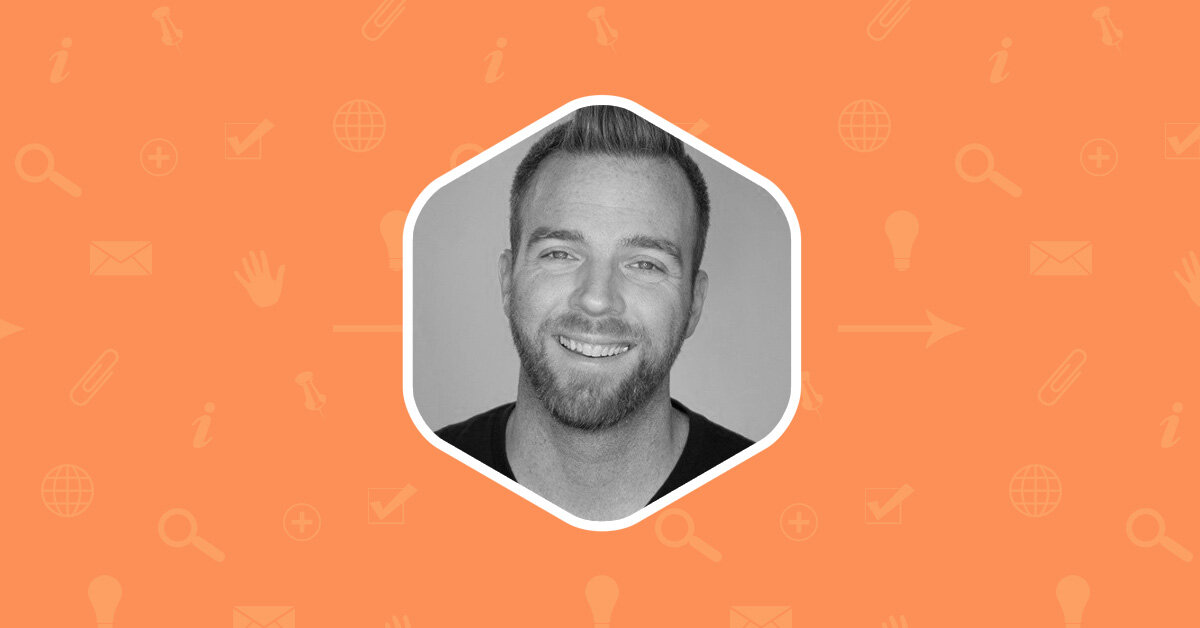 Later I moved closer to Atlanta and worked in the city for a few years before starting SimpleTiger.

In 2011 I moved down to Sarasota, FL to see if this whole remote thing would stand true as I tried to grow a small agency. I still live in Sarasota and love it but sometimes really miss the big city. Also, this seems to be the place you move to quit working, not start working. :D

How would your family and friends describe you (in one word)?
Goofy or silly. I joke around most of the time. Sometimes, my impulsiveness shows in bright color and frustration for those who have to work with me. Sorry Sean.

How would you describe your family?
Emotional and talkative. My family always enjoyed sitting around doing simple things like watching TV and talking. My parents love the beach and want to live down here (Florida) so my long-term goal is to find a way to help them down here. We always enjoyed watching Saturday Night Live together which has always been one of my favorite things.

What are the values that drive you (to succeed, in life, as a person, etc.)?
Honesty, generosity, genuineness, deep intellect, spirituality, pragmatism. I don't necessarily possess all of those (or any in large measure) but I truly look for these in people.

I'm driven by the future and a cohesive harmony between people that can only be ordained as divinely inspired, orchestrated or given.

What is the most random thing you’ve ever watched all the way through on Netflix?
Oh man, this is a long list of strange. I guess I'd start with Ancient Aliens (obsessively), Louis (The Louis C.K. series which I find very hilarious and sometimes so darkly depressing I have to watch something brainless just to unplug from it). I loved Fargo, Narcos, House Of Cards and many of the other specials. I've always been a big subscriber to The Daily Show which I get on Hulu now.

Shark diving, bungee jumping, or sky diving?
Probably Shark diving as I've loved sharks since I've been a little kid and I think I'm more afraid of them than sky diving. I like to face my fears in the most intense way I can so I'll never fear them again. I wouldn't bungee jump just because of how bad my neck is and how easily I get motion sick. It's not even about fear at that point haha!

Where would you like to go on vacation if you had a month off and money was no object?
This changes frequently, but right now I would say Copenhagen, Denmark. I really want to explore those people and I think I'd learn a lot from them. Same with Tokyo.

What is your favorite tech tool and why?
My Phillips Hue bulbs. I've always been crazy about lights and good lighting. I used to tinker with my own lamps and lights when I was a kid and have even designed and built a few of my own recently:

Where is your favorite place to go on a weekday afternoon when you have no plans or obligations?
A dope little beach-front island restaurant and bar called Shore on St. Armands Circle, or an even doper little coffee shop on Siesta Key called Lelu's Hawaian Cafe. Sean will tell you, they have the best carrot cake on Earth. A buddy of mine also lives in a high-rise downtown and has a rooftop pool that I love to go chill at and work or read.

What is your secret to remote-work success?
Just remember one thing that few people our age are talking about; work is just a sliver of your life. What are you doing with the rest of it? I like to try to enjoy my entire day beginning to end and while I take my work seriously, I don't take it as seriously as my life as a whole.

What is the weirdest scar you have and how did you get it?
A cut on my left index finger from a very moody cat named Thomas my grandma had when I was a kid (no relation to our Thomas). I like petting him and all was cool in the world till out of nowhere he bit me (See, I don't think our Thomas would do that). She hit him in the head with a biscuit pan and one of his ears was crooked ever since. We both had a scar from that little debacle and years later he died. So I won.

If your life had a theme song, what would it be?
Lately I swear I was born in Cuba, migrated to Miami, live on South Beach with my auntie and flaunt my gold chain on A1A as Bruno Mars in 24k Magic. Unfortunately, that couldn't be further from the truth and I can't even come close to that style. I grew up on good classic rock and songs like Rock and Roll by Led Zeppelin and Shape Of My Heart by Sting/The Police comes to mind. I think over all though Chris Martin of Coldplay somehow wrote my feelings into songs and then performed them perfectly.

Fun Fact!
Jeremiah is a self-described dilettante. He's actually studied a variety of disjointed subjects obsessively out of pure desire such as ancient Chinese medicine to modern military weaponry, from astrology to Christian apologetics, and from passive index investing to paleo, naturalistic and holistic diets. He likes extremes if you couldn't tell.